On Saturday, May 6, Perry Twp Fire Dept Deputy Fire Chief Jerrad Blacker received a phone call from Evan Newhart, at 8:49 PM. Newhart advised Deputy Chief Blacker there had been an accident, and a 13-year-old young man was seriously injured. Once it was determined where they were, Deputy Chief Blacker advised Newhart to hang up and call 911. It was determined the location was East of County Rd 600 W on County Rd 700 S, not far from US Highway 52 in Clinton County.

Deputy Chief Blacker immediately sent a message to all Perry Twp Fire Dept. (fire and EMS) personnel using an app the department uses for our responders to communicate quickly. He also contacted Clinton County Central Dispatch to ensure they had received the information.

Within 5 minutes of Newhart calling, Perry Twp Fire Dept Captain Kent Padgett was on the scene, along with EMT Krista Padgett and Candidate Tyler Smith. It was determined the patient was not breathing and CPR was started. Additional units arrived and assisted in efforts to revive the young man, including FF/EMTs Lt Jayson Young and Aaron Congleton.

Also to respond to the call was an ambulance and rescue truck from Perry Twp Fire Dept, along with a Clinton County Paramedic ambulance.

An air medical helicopter was called to the scene. Fire Chief Mike Padgett established a landing zone and ensured a safe area for the helicopter to land. This was done on US Highway 52. Clinton County Sheriff deputies assisted with stopping traffic. They later investigated the incident.

However, it was later determined the patient would be transported to St. Vincent Hospital, located in Frankfort, via a Clinton County Ambulance. Personnel performed CPR on the young man the entire time.

After working to revive the patient at the hospital, it was determined CPR would be stopped. The Clinton County Coroner was called to the hospital and pronounced the young man deceased.

The patient and his family were very well known to many of the first responders, most of which were their neighbors. It is incidents such as this, which are the hardest for our responders. However, we will continue to get back on the truck and to respond to emergencies in our community, to the best of our abilities. 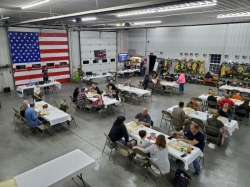 On 11/7/2020, the volunteers hosted the first Perry Twp Fire Chili Cook-off! The turn out was amazing and there were a ton of smiles as laughter and conversation filled the building. We would like to thank everyone who came out and participated either as a cook or as a judge!After the cook-off, seve...
➠
Fire Prevention Week October 8-14, 2017

It’s 2:00 o’clock in the morning. You and your family are fast asleep when you awaken to the smoke alarm sounding and the smell of smoke. If you’re not sure what you’d do next, it’s time to learn! http://ow.ly/Bue430bbTuHPerry Twp Fire will be at the Clinton Prairie Ele...
➠
FOR IMMEDIATE RELEASE
FOR IMMEDIATE RELEASEMay 9, 2017On Saturday, May 6, Perry Twp Fire Dept Deputy Fire Chief Jerrad Blacker received a phone call from Evan Newhart, at 8:49 PM. Newhart advised Deputy Chief Blacker there had been an accident, and a 13-year-old young man was seriously injured.
➠
Annual Christmas Dinner and Recognition Held 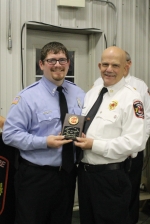 Tonight we held our annual dinner and recognition ceremony at the firehouse. Kegan Smith took home the top honor of "Firefighter of the Year" for 2016. Kegan puts in a lot of time at the station doing various tasks.
➠
PERRY TOWNSHIP FIREFIGHTERS DONATE CHRISTMAS GIFTS TO TENNESSEE CHILDREN

Perry Township (Clinton County) firefighters are taking part in an effort to ensure children in Gatlinburg, TN receive Christmas gifts! The gifts have been purchased and wrapped. They are now on their way to deliver the gifts to Mill Creek Volunteers in Amo, IN, which is in Hendricks County.
➠
FOLLOW US ON INSTAGRAM 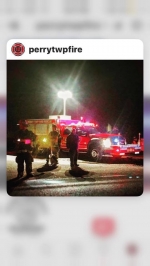 Perry Township Fire assisted Madison Township Fire with a fire in a wooded area, in the 5000 Block West of County Rd 200 N. The terrain was very diverse, with steep embankments and ravines to maneuver through.
➠
PTFD VISITS CP PRE-SCHOOL

Firefighter Misti Moore volunteered her time today to teach the Clinton Prairie Pre-School students just a little bit about the fire department. The students mostly loved wearing the helmet! Lisa Miller, of Clinton Prairie, had this to say, "Moore was wonderful with the children, and I could te...
➠
Members Sworn In, Promoted

The Perry Twp Fire Dept, Inc, held a ceremony tonight at Station 12. Five members were sworn in as Firefighters, one as a Candidate and one as a Chaplain. Two members received promotions from the rank of Firefighter to Lieutenant.Chief L.
➠
New Chief Begins His Service 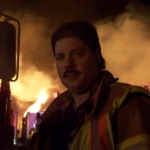 Please come and support a Perry Township volunteer firefighter and his family. Steve Moore has recently been diagnosed with stage 4 colon cancer. Any donations for this dinner would be greatly appreciated.
➠
Open Burning Regulations
Public Information MessageSat. March 22, 2014It is that time of year again when the weather breaks and we all begin to her outside and clean up our properties. Keep these basic rules in mind when burning unwanted materials:• Only clean wood products may be burnt, such as trees, limbs and light ...
➠
Crews Extinguish Fire at Clinton Prairie High School 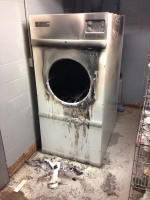 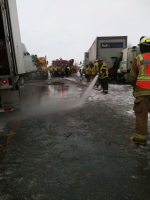 Perry Township Fire responded to six crashes Thursday due to snowy weather. Two of the crashes were serious, including a six semi, four car crash on Interstate 65 at the 154 mile marker Northbound and a semi versus SUV on US 52 near County Road 300 S.Just before 1:30 PM yesterday a passenger car and...
➠
Attacking from the Burned Side Can Save Lives
Attacking from the Burned Side Can Save Lives11/01/2011BY SEAN GRAYThe urban fire problem of rear porches and asphalt exterior siding has moved to the suburbs in the forms of wood decks and vinyl siding.
➠
Chief Blacker President of Chiefs Association 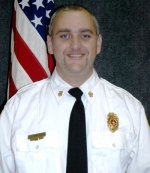 On November 21, 2013 the Clinton County Fire Chiefs Association met and elected new officers for the remainder of the year and 2014. There were 12 chief officers in attendance. The following is a result of the elections:President: Jerrad Blacker, Chief, Perry Twp FireVice President: David Trees, Chi...
➠
PTFD Assists Darlington House Fire

Fireworks, brought to you by the Perry Township Fire Department, will be Saturday, July 6th at Broadview Lake, Colfax, IN. (They were originally schedule for June 29th, but were postponed due to rain.)
➠
Siren Testing to Commence
The Clinton County Central Dispatch center has announced it will be conducting monthly testing, of the county-wide emergency warning sirens. The tests will be conducted on the first Saturday of every month at 11:00 AM, and will begin Saturday May 4th, 2013.
➠
1 of 62 of 63 of 64 of 65 of 66 of 6
113 entries in the News
Events calendar
September 2022
S
M
T
W
T
F
S
Fire Meeting - Station Duties
Training
Training
Call volume
2022 total
Dispatches
123
A Remembrance

In The Line Of Duty 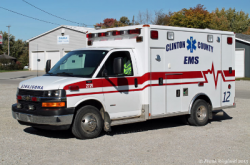 This site has been viewed 287,076 times.
Calls
News
Events
Pictures
Apparatus
Maintained by the members and staff of Perry Township Fire Department, Inc.. Designated trademarks and brands are the property of their respective owners. Copyright © 2006-2022. YourFirstDue Inc. All Rights Reserved. Content on this web site is supplied by Perry Township Fire Department, Inc.. YourFirstDue Inc. cannot be held responsible or liable for any content, text, pictures, or any other media found on this web site.
Management login
Powered by